Religious heritage of the most famous Buddha statues. Many Buddha statues that are spread in this world as the spread of Buddha's teachings for thousands of years ago. Now buddha statue has become a very popular tourist attraction. In Indonesia alone also have many buddha statue. Among all those buddha statue, there is very famous for the many tourists that visit the place. Here it is 7 Famous Buddha Statue 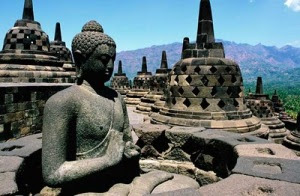 Buddha statues at Borobudur is a masterpiece of ancient Indonesian artists. All the Buddha statue here is in a sitting position but with a different attitude of the hand. 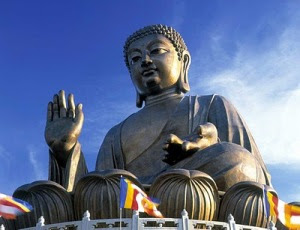 Tian Tan Buddha is located in Lantau Island, Hong Kong. Made from bronze and finished in 1993. This statue is the main attraction of the Po Lin Monastery, which mensimbolkan harmony between man, nature, society and religion. The statue is named Tian Tan because the bottom is a replica of the Temple of Tian Tan (Temple of Heaven) in Beijing. Sculpture by this posture has a height 34 meters and take the posture that symbolizes peace. 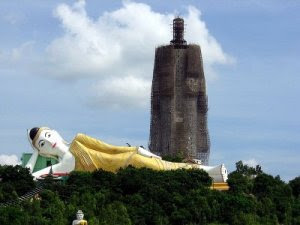 Monywa is a city in central Myanmar on the outskirts of Chindwin River. Here you can see the Monywa Buddha, the largest lay Buddhist statue in the world. This statue has a total length of 90 meters. Head of this statue has a height 60 feet. 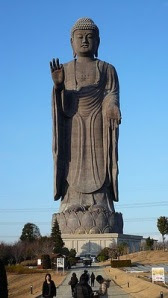 Ushiku Daibutsu located in the city of Ushiku, Japan. Completed in 1995, this statue is one of the tallest statue in the world, stand up as high as 120 meters including 10 meters and 10 meters foundation lotus-shaped platform

5. Temple of the Reclining Buddha 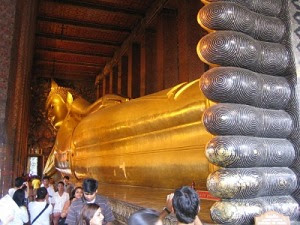 Located in Bangkok, Wat Pho is famous for its huge Buddha statue berbaringnya. This monastery is one of the largest and oldest Buddhist temple in Bangkok, was built about 200 years after Bangkok became the capital of Thailand. 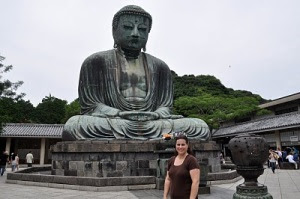 Kamakura Daibutsu, is a monumental bronze statue of Amida Buddha (Amitabha Buddha) in Kamakura city, Japan. This statue stands peacefully on the ground Kotokuin who is a Buddhist temple of the Holy Land stream, and the Buddha statue has become one of the important icons of tourism and social life in Japanese society. Leshan giant Buddha statue is a masterpiece of humanity. This Buddha statue carved in a valley directly overlooking the sea in Sichuan, western China. Began to be made during the Tang Dynasty 713 years, the statue has recently been completed in 803 (90 years) and involves the efforts of thousands of artists and sculptors.